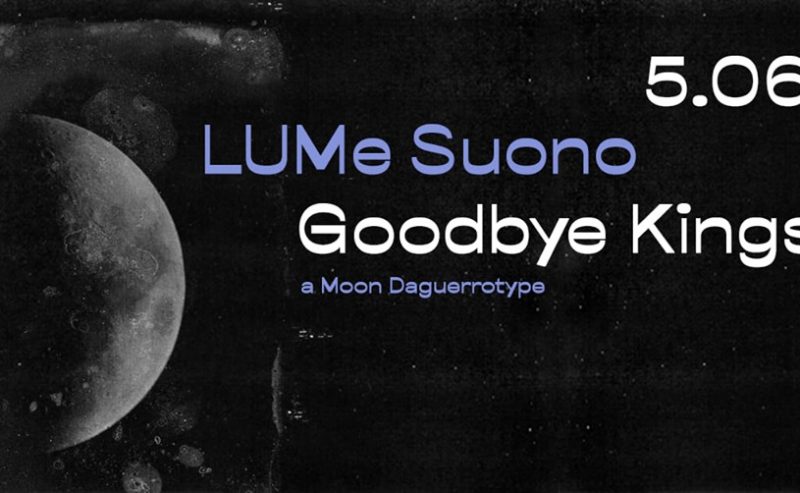 Goodbye, Kings are born in the late 2012 in Milan, Italy.
The debut lp “Au Cabaret Vert”- based on Toulouse Lautrec’s paintings and Arthur Rimbaud and Masaoka Shiki’s poems – was released in November 2014 via bandcamp.
The critically acclaimed follow-up album “Vento” was released on the 7th of November 2016 via Argonauta Records and it was inspired by the myths, legends and poems about the wind.
On December 9th 2017 a new song called “Targa Florio, 1906” was featured in a split album with canadian band Spruce Trap and deals with the bravery and madness of the first pilot soldiers of the beginning of the twentieth century.
In 2018 the band recorded a live-abum called “Musicolepsia: live” and decided to release it for free for everyone who has supported the band in the first five years of existence.
The new album “A Moon Daguerreotype” will be released May 2019 and it will try to reconnect with the sky, through the ancient traditional eye of the camera obscura and the daguerreotype.