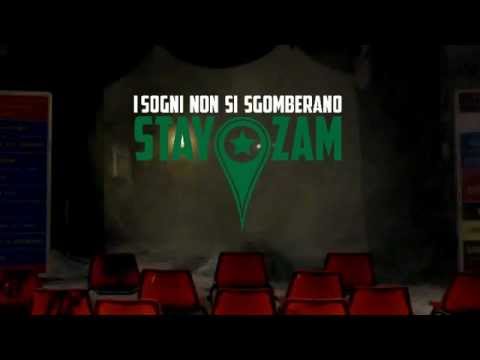 2 gyms, 3 stages, 2 concert venues, 2 bars, 2 offices, 1 newsroom, dozens of sport activities for hundreds of people, 160 m2 of climbing wall, more than 200 gigs, more than 100 cultural events, one cinema and documentary festival, 1 theatre workshop, 1 hip hop workshop, thousands of people inside and through, more than 2 years of occupation and self-management.
Since January 2009 that has been Zam and it will still be there thanks to the everyday commitment and enthusiasm of thousands of people who are delivering to the site their desire of change.
The evacuation threatening has arrived strong and clear: the property is leading towards the usual grim procedure for property speculation.
The Police station is following the rules, the town hall falls silent otherwise it should talk about its inability to establish a concrete politics about spaces and self-managements which was flaunted during the political campaign and actually neglected in the end.
The guilty silent of the mayor and the city council has been paid with an higher number of evacuations in the city during the last 2 years compare to Moratti’s council: already 6.
This is who we are and here we are: Collettivo Politico (the political collective), Rete Studenti Milano (the Students Network Milano), Polisportiva Milano (the Multi Sports) Council with the gym, the martial arts and combat disciplines, dance classes, yoga classes, climbing classes; the hip hop Lab, the theatre for everybody, Zam Film festival; these are all projects at the Zam, that you can find here in Olgiati Street 12, Milan, Barona neighbourhood. For the past two years dealing with the crisis, fighting the crisis. Two years of self management and culture, two years of action in the City. Starting today, 4th April 2013, everyday from 5pm we are open: come visit, gather information, come join. For the evacuation day we already set an appointment for everyone in front of Palazzo Marino at 6pm.
We fear No evacuation. Zam is a dream tattooed on the living skin of the City: you can try to hide it underneath the maquillage of the City, window-shop of the Mafia and the eyesore of the Expo, but it’s trace is not erasable and it’s permanent. Here we are and here we will always be!
Stay Zam! 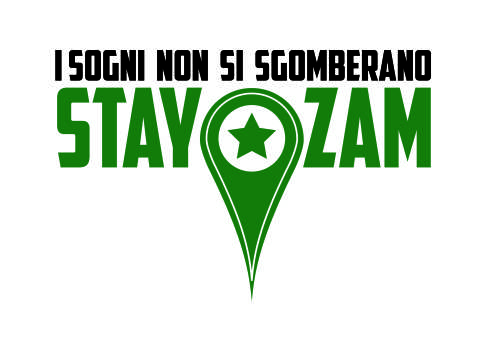